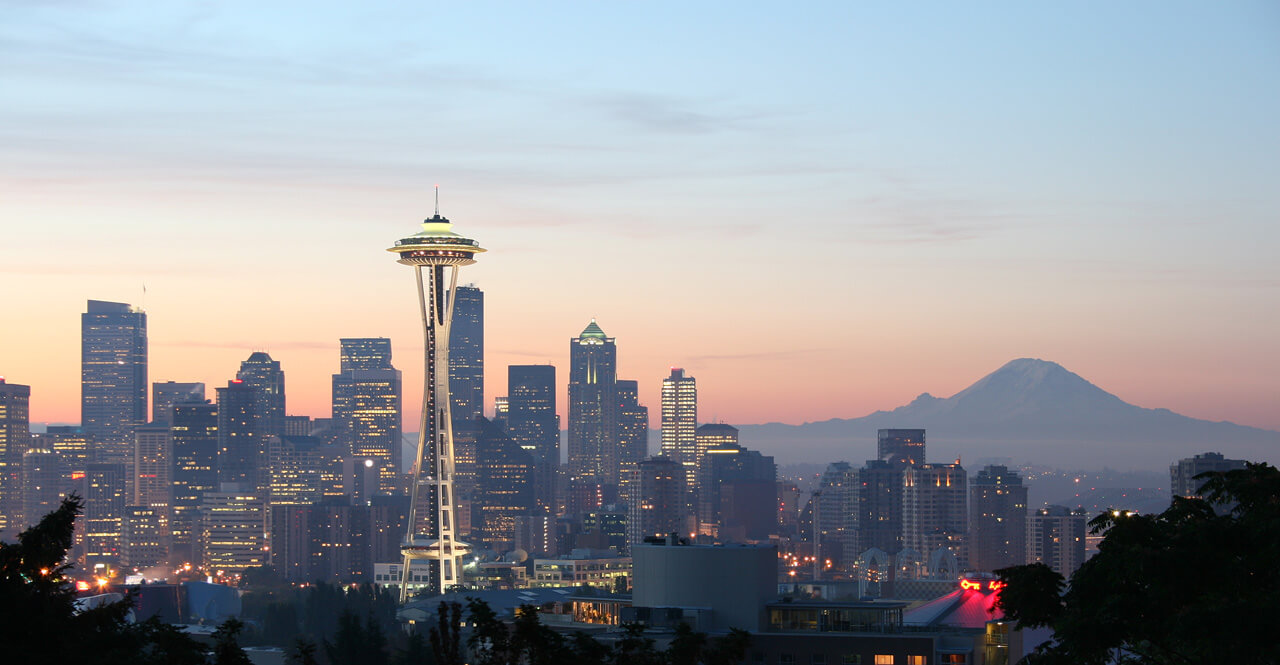 Much like the deep green allure of the precious gem, Seattle dons the name "The Emerald City" in celebration of the glistening waters and lush greenery surrounding it. Seattle is not only a thriving home for Mother Nature, but houses the Japanese Cultural Community Center of Seattle Washington, meaning the city is abound with echoes of traditional Japanese and Japanese American tradition. Let's take a closer look at life in the Emerald City ~

142.5 sq mi (though slightly smaller than Tokyo, the surrounding cities thrive with culture and activity)

★ Famous for the Space Needle, an observation tower soaring over 500ft in the sky

Seattle is roughly a nine hour flight from Tokyo

★ The Seattle-Tacoma International Airport is located right within the city

☆About the same as Japan, if not slightly more expensive

☆Rent can be pricey living in the heart of the city

・Many Japanese and Chinese restaurants, with a particularly international food scene

・A famous harbor town known for its fish and seafood, namely salmon, making it a perfect spot for sushi restaurants and sushi chefs

・The Light Link Rail: Seattle's own railway, with trains arriving every 6 to 15 minutes depending on the time of day

・King County Metro Transit: a bus service in downtown Seattle providing transportation within the city and outlying neighborhoods in King County. Getting To & Around Seattle